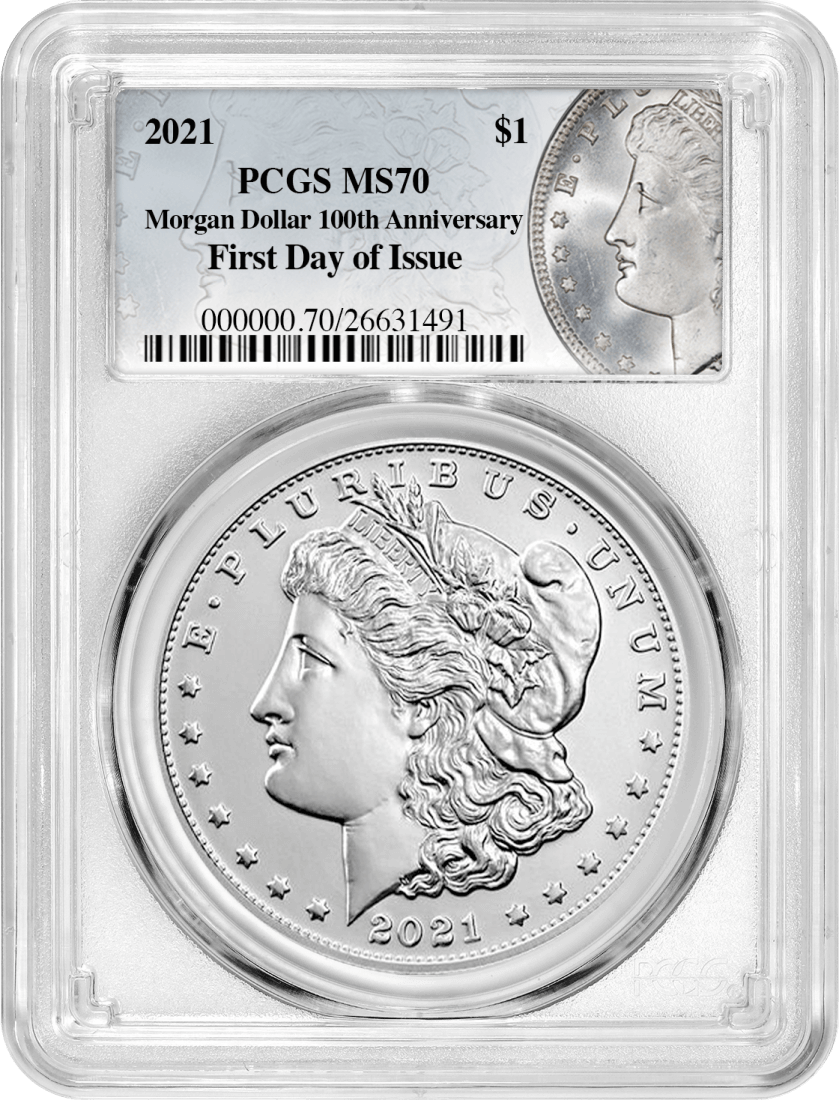 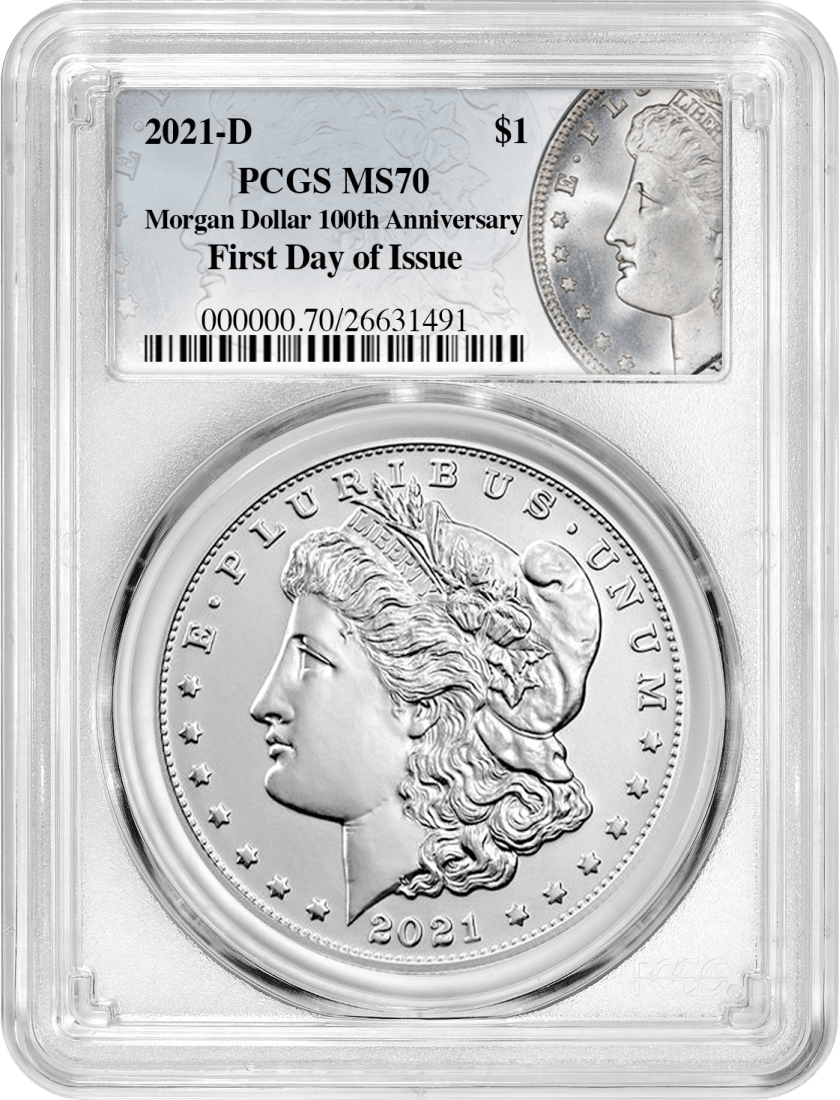 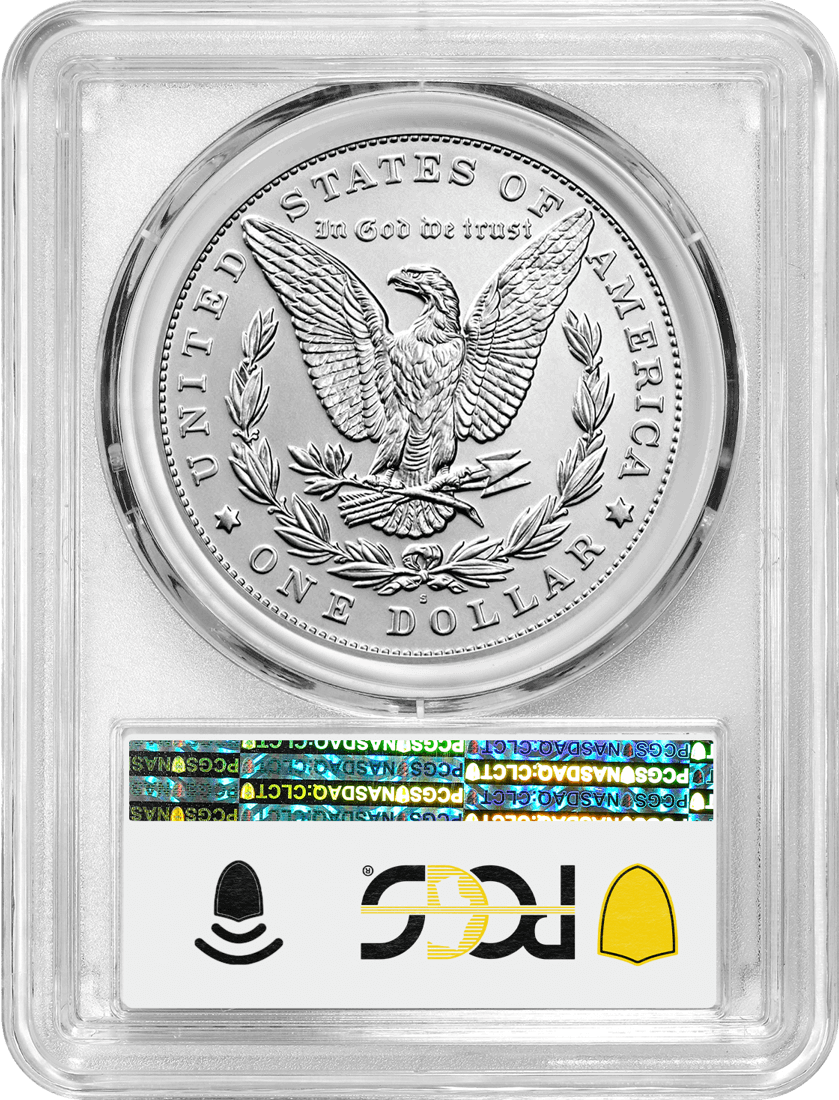 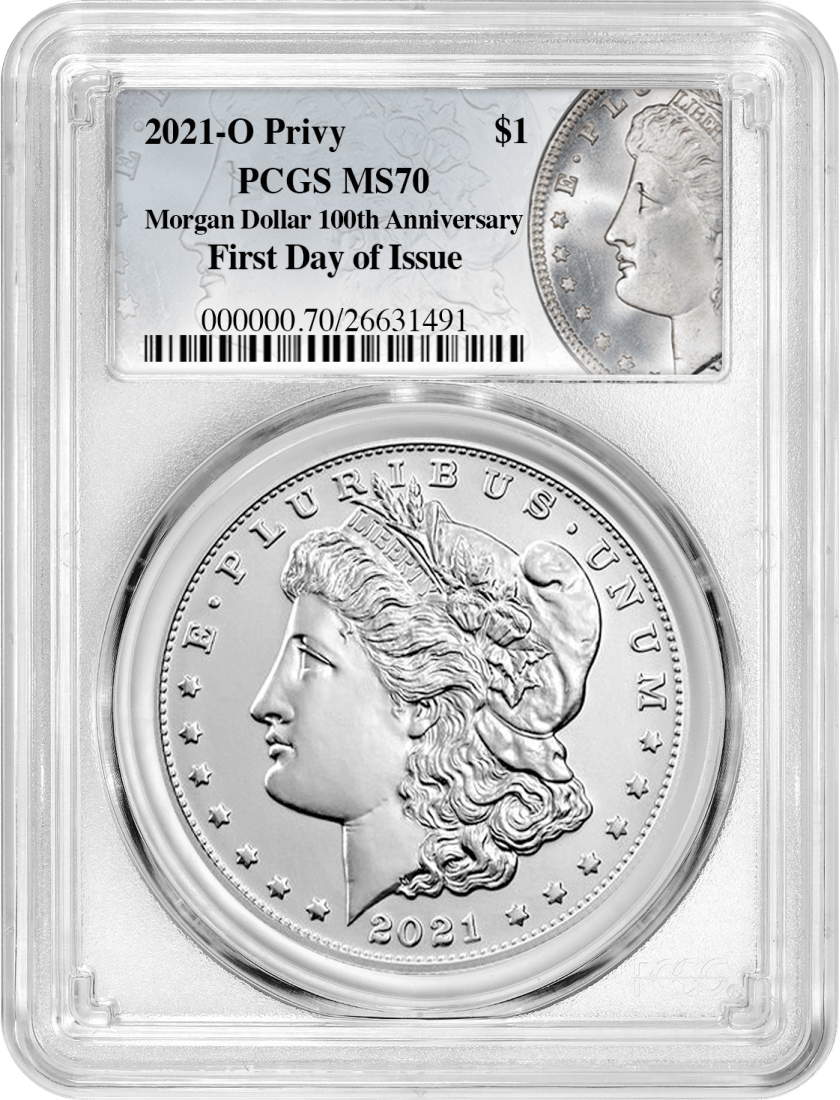 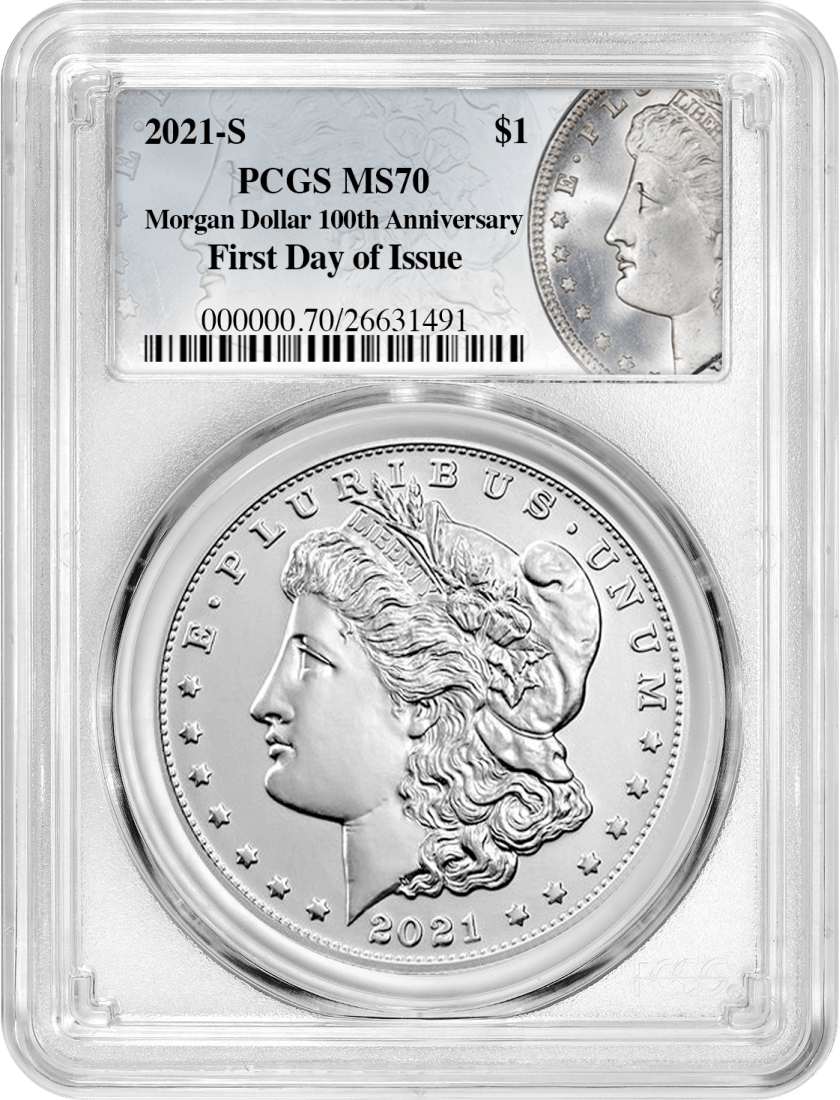 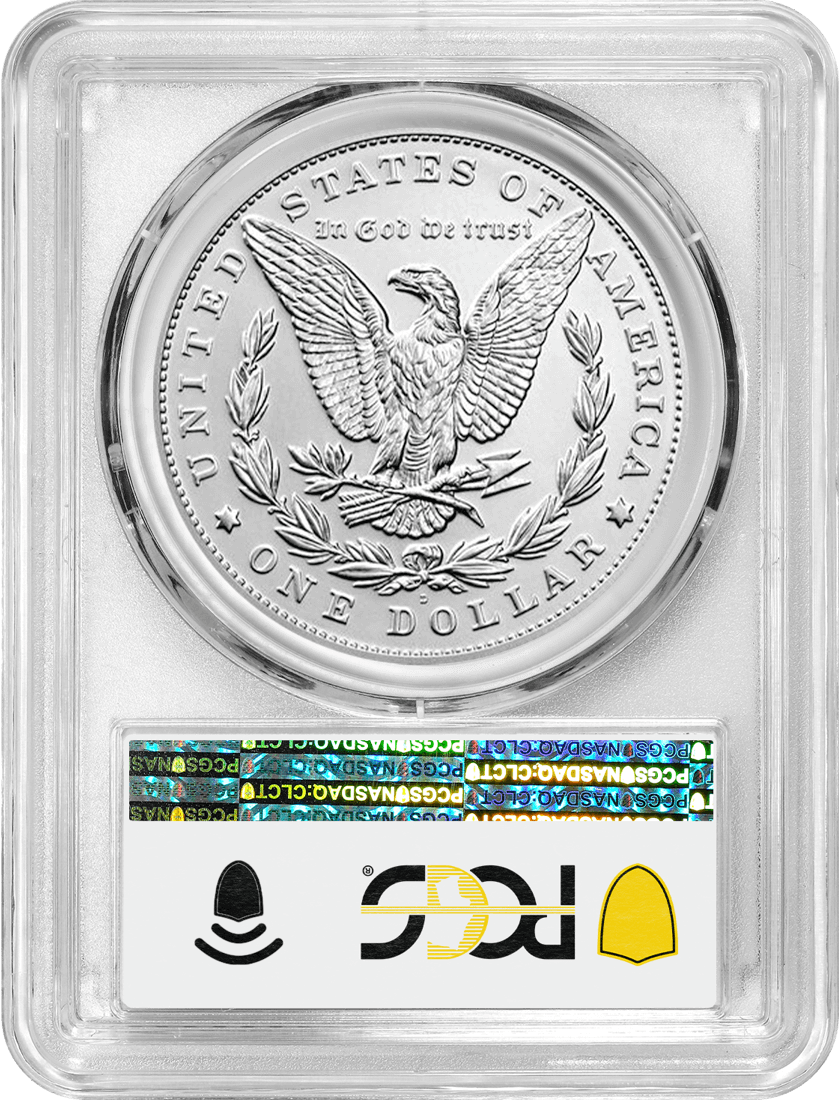 ATTENTION: This is a Pre-Sale item. Shipping is expected to begin Monday, November 29th!!

In honor of the 100th anniversary of the last year of the ‘Morgan Dollar’ the United States Mint is proud to present the 2021 Morgan Dollar, created using modern technology and historical U.S. Mint assets.

With a product limit of only 175,000 of each Morgan Dollar and 200,000 of the Peace Dollar it’s no surprise the US Mint sold out of each of the 6 coins when they released the (raw/ungraded) versions! No silver dollar collection is complete without these 100th Anniversary strikes of two of the most popular silver dollar series ever struck by the US Mint!

The obverse on the Morgan Dollars features Liberty in profile. A cap, flora, and a crown incused with the word “LIBERTY” adorn her head, while 13 stars, “E PLURIBUS UNUM,” and the date of issuance encircle her. The reverse depicts an eagle with outstretched wings clasping arrows and an olive branch, accompanied by a wreath. Reverse inscriptions are “UNITED STATES OF AMERICA,” “IN GOD WE TRUST,” and “ONE DOLLAR.”  (Mint marks included on the S and D coins, Privy marks included for CC and O).

The obverse on the Peace Dollar features Liberty in profile, a radiant crown on her head. Obverse inscriptions are “LIBERTY,” “IN GOD WE TRUST,” and the year of issuance. The reverse depicts an eagle at rest holding an olive branch above the inscription “PEACE.” Additional inscriptions are “UNITED STATES OF AMERICA,” “E PLURIBUS UNUM,” and “ONE DOLLAR.

Each coin is 26.686 grams of pure .999 silver that’s struck in a beautiful uncirculated finish. Each has a diameter of 38.1 mm which is the same diameter as the originals!  Each coin offered here achieved a perfect MS70 grade from PCGS and features the First Day of Issue pedigree!