Miley Frost (Busiek) made a significant impact on United States coinage when her design was chosen for the Gold Eagle series launched in 1986. Now producing art as Miley Frost, her timeless design of the "Family of Eagles" was inspired by Ronald Reagan’s 1980 acceptance speech where he called for Americans coming together for a New Beginning.

The "Family of Eagles" design was a departure from the traditional single Bald Eagle that until this point had always been a feature in American coinage. This design was birthed from a sculpture Miley created which was selected as the official commemorative for Reagan’s first inaugural. When Miley learned the U.S. Congress was pushing to get a new bill passed to create an American gold bullion program, she offered her design to Treasury officials for use on the new series. She quickly gained bipartisan support and the design was officially chosen for the new Gold Eagle bullion program, which was signed into law by President Ronald Reagan on December 17th, 1985. 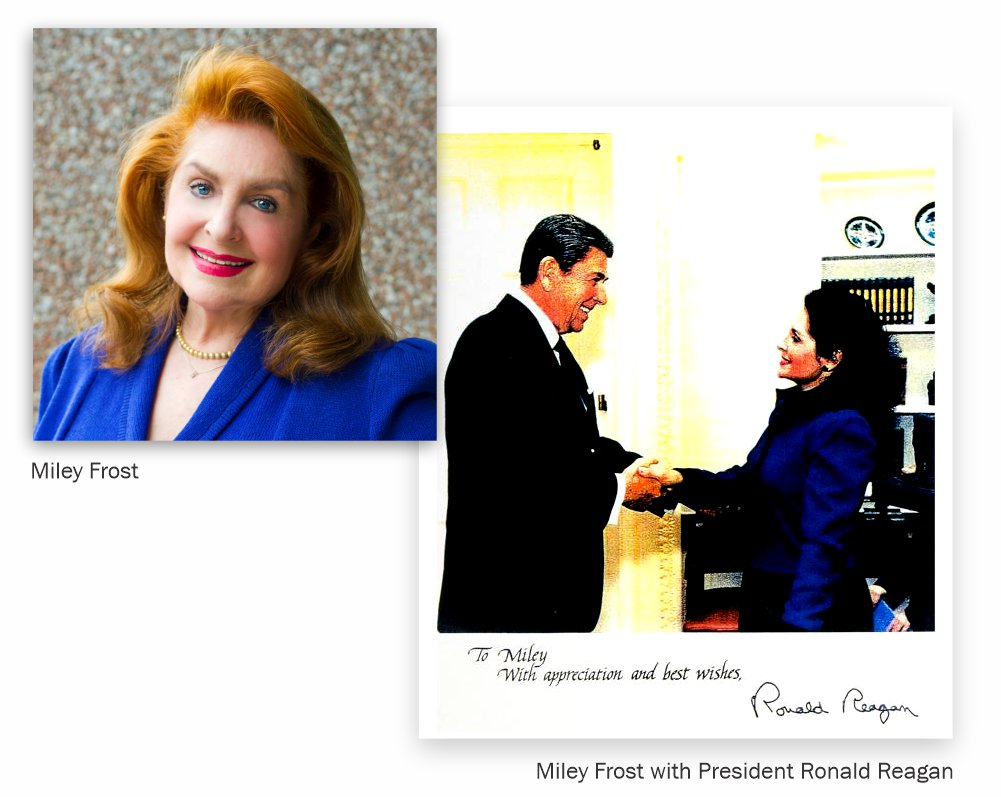 Miley Frost’s Family of Eagles design will be forever remembered for its deep meaning that Americans need to help each other because we are all one family. Her notable other works of art include a German monument honoring those who protested peacefully in 1989, which helped lead to the tearing down of the Berlin Wall. She is a self-taught sculptor and artist, who created a sculpture of the Presidential Seal for the George W. Bush Center in Dallas, Texas as well as a large bronze monument called “Peace through Strength” in Arlington, Virginia. Additional pieces of her work reside at the Smithsonian and the Museum of American History.

The Numismatic Guaranty Company signed Miley Frost into their exclusive NGC signature program in September of 2022. Miley had previously signed a small allotment of labels several years prior which are almost never found for sale in the secondary marketplace. CoinAdvisor.com, NGC and Miley Frost are working collectively on an incredible new Miley Frost signed label that will exclusively be used for Type 1 "Family of Eagles" design Gold American Eagles. 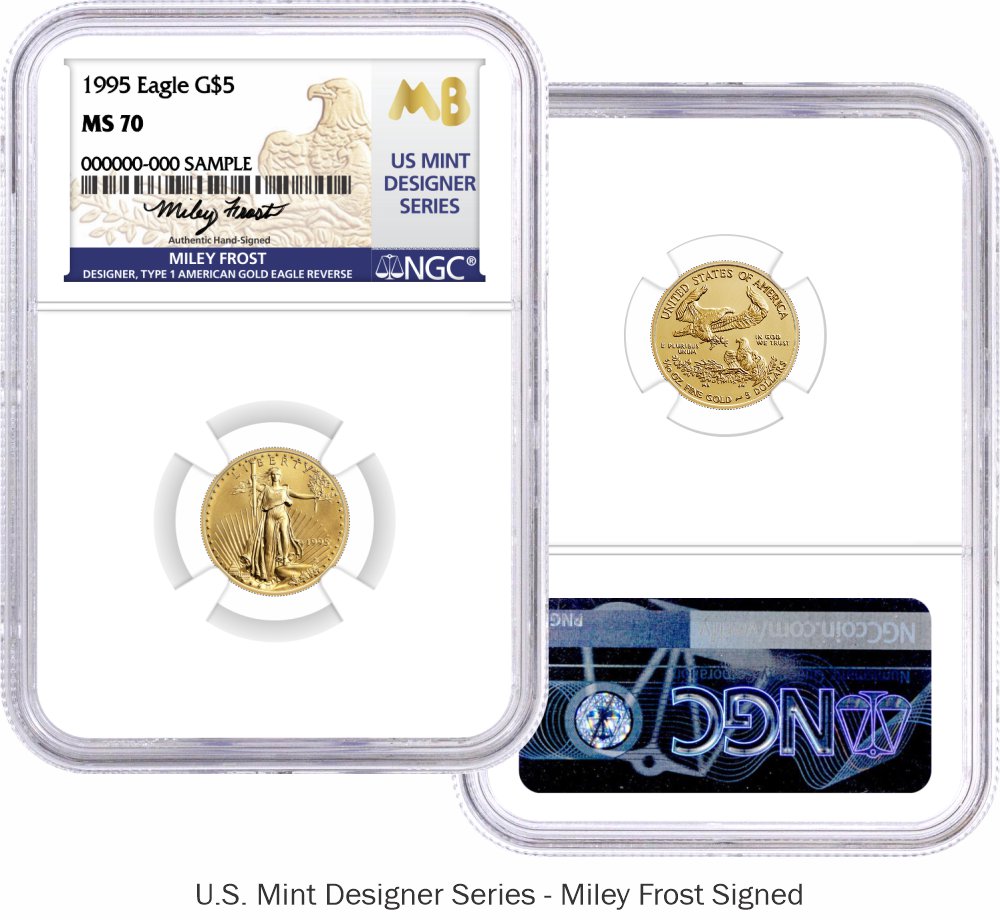 Check Coin Advisor Before You Buy

Our prices are extremely competitive and we often have the absolute lowest prices on the internet. If you don't buy from us, you may well be paying too much. And who wants that? So before you buy, call or click to compare Coin Advisor.

Can’t find the coin you’re looking for?Let us find it for you!